If a traveller comes to Malta, a must visit is San Pawl il-Baħar, which offers a diversity of attractions.

Around 800BC, the natural bay was used as a strategical port for the seafarers. Various punic tombs were hewn out of the living rock and burials were made around the port. Artefacts such as oil lamps, pottery ware and skeletons were discovered in the excavations of the region. Besides that, after being expelled by the Romans in the year 219 BC, the punic towers in the area were modified by the new conquerors.

The new rulers introduced trees such as the indigenous Holm trees which can be enjoyed in the Wardija Natura 2000 site and other roman remains related to agriculture such as the olive crusher, weaving stools, lachryma vases and pottery ware for the storage of wine, olive oil and honey. The heritage trail in Xemxija depicts the presence of a flourishing and prosperous roman period, where the visitor can enjoy a stroll from Xemxija to golden sands beach. Marine archaeologists discovered as well 17 wrecks of roman galleys on the bottom of the bay. Close to the bay, a roman apiary was discovered and it is in top conditions. 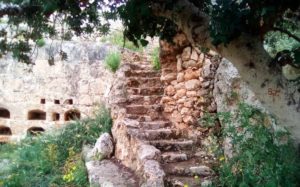 The presence of Arab occupation in the surroundings is very stark and its proximity to the Xemxija heritage trail is an added historical value in the region. A cluster of early medieval farms have been restored and a man made frest brings fresh air on the top of the Xemxija ridge.

The region has four Natura 2000 sites, where migratory birds stay overwinter in the region. Along the coast of San Pawl Il-Baħar, a walking trail joins Xemxija with the salt pans in the Salina Bay. Various pill boxes and fortresses were built along the coastal roads, showing the significant strategical role played in the late three centuries. The knights built also the Wignacourt Tower. This Tower was built in 1610 by Grand Master Alof de Wignacourt and is the oldest surviving coastal defence post in Malta. This Tower was the first of a number of coastal defence towers built round Malta. It was designed by the Maltese architect Vittorio Cassar and from 1610-49, Wignacourt Tower was Malta’s northernmost defensive outpost until St Agatha’s Tower (the Red Tower) was built in Mellieħa. 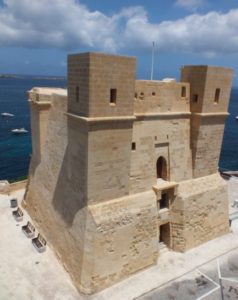 In the English period the entrenchment next to the national aquarium was important in the first world war. Very little damage was done to the locality during the first World War where Malta was used as a nursery in the Mediterranean. A different scenario took place in World War 2, where on the tip of Qawra the first mobile radar was installed by the British army. Bombs fell over the houses of farmers and of fisherman.

Today, there are just a few fishermen and a small community of farmers who contribute towards the locality coffers, which are greatly depending on tourism. Various hotels and furnished flats have mushroomed along the coastal roads.

Tourism is important for the island and religious tourism can make a hit on the island as the shipwreck of the apostle Saint Paul left also a strong impact on the islanders. Cultural tourism has geared well and thousands of visitors come to Malta to visit archaeological places such as prehistoric temples. In Buġibba, one of the touristic hubs in the locality is the remains of a prehistoric temple that were discovered and it provided evidence that copper age people lived in the region.

Agritourism and Marine tourism are in their inception and one of the pillars of marine tourism is doing well and various aqua scuba diving schools offer excellent diving excursions to the divers.

Night life in the area, pubs, restaurants and entertaining places have given another dimension of quality tourism services to the visitors.

A visit to San Pawl il-Baħar gives the visitor a taste of multiculturalism which is abound in the region. The population of permanent residents in the locality is the biggest in Malta.

Please click on the button below to view the collection schedule for domestic refuse.

The days of the week when to take out the Black, Grey and Organic bags, ready for collection.

For bulk refuse collection, please use the  ‘request’ link below.

Simply fill in all relevant details and submit the request. We will contact you with collection date.

Full details for collection days are included in the same schedule as domestic refuse.

For the schedule of glass waste collection, please click the link below.

By using either a mechanical or a person street sweeper, we are ensuring the up-to-date tidiness of our streets.

Click on the REPORT IT! button below, should you see that an area has been overlooked

The fast mechanical cleaning of urban areas is done on a very regular basis.

Click on the REPORT IT! button below, should you see that an area has been overlooked